Lessons for the fight against Fake News 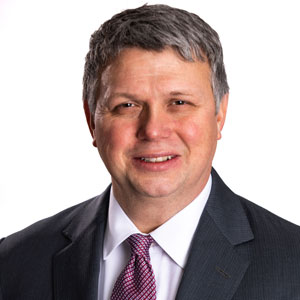 A Google search will tell you that Mark Twain famously quipped, “a lie can travel halfway around the world while the truth is still putting on its shoes.” It’s an oft-quoted line, but here’s the thing: Twain mostly likely never uttered those words, according to a New York Times profile of a researcher who specializes in the origins of famous quotes.

That’s certainly an ironic twist for a quote about truth. But the misattribution provides a useful framework for understanding the most important lessons about the fight against fake news, and why that fight requires both human analysts and AI solutions.

Lesson 1: the mother of all haystacks demands a solution powered by AI

When that quote was misattributed to Twain, there were about 1.6 billion people on Earth, and even the most prolific among them generated only a fraction of the data today’s 7.7 billion humans create each day.

In fact, we create 2.5 quintillion bytes of data each day, often without thinking. That number will certainly grow as our lives become more digital. Not all of that data is content or even news, but just the social data alone is mind-boggling. Each minute there are 456,000 Tweets, 74,220 Tumblr posts, 46,740 pictures posted on Instagram, and 600 Wikipedia page edits, according to Domo’s fifth annual Data Never Sleeps report.

You could task tens of thousands of humans with understanding that volume of content, and they wouldn’t make a dent. How could they when output is measured in millions of items per minute? Performing the essential task of sorting and categorizing those items requires an AI-powered solution to help make sense of data output at that scale.

Lesson 2: analyzing intent is subjective because language matters and culture is messy

A good working definition of fake news is content, presented in a factual manner, that is intended to deceive. The Onion looks like a newspaper, but its intent is satire. Partisan news sites are biased, but their intent is to confirm that bias, rather than deceive. USA Today might get its facts wrong, but the intent behind the newspaper’s content is just the opposite.

What was the intent behind the Twain misattribution? The researcher who traced the line back to satirist Jonathan Swift pointed out that the false attribution persists, despite all evidence to the contrary. Why? One reason is that it’s so difficult to unpack the intent of each subsequent author who—knowingly or not—misattributes the quote to Twain. But this example tells us something important about the uncertain work of linguistic analysis.

Only humans can understand and parse the nuance it takes to determine authorial intent because doing so requires linguistic and cultural fluency. Seventy-five percent of the content online is in a language other than English, according to data from Speakt, a translation service. That puts a huge premium on in-language analysis. But even fluent analysts will have diverging opinions because culture is highly subjective. One author might use the Twain misattribution because they didn’t do their homework, while another author might be trying to fool readers. Making the judgment call between the two isn’t something machines can do.

Fake news is typically motivated by political or economic gain. Accordingly, the source is key. An AI solution can hone in on suspicious volume and identify bot armies that are spreading fake news, but at some point, it takes a human to analyze the vector of that source because doing so requires understanding a political or economic agenda.

Consider the Twain attribution again. A bot army could spread that misinformation online—in fact, automated content farms that generate free reference sites for quotations effectively do just that. But it takes a human to understand that the reason why the Twain misattribution persists is that there’s some money to be made in online content farms. Likewise, it takes a human analyst to identify and understand the vector of a fake news narrative that’s driving a political agenda.

Lesson four: you can’t defeat fake news, but you can evolve your defenses

Whether it was Jonathan Swift or some other writer along the way, whoever first came up with the quote misattributed to Twain got something right about the speed with which lies move around the world. But the takeaway shouldn’t be defeatism. Instead, we need to be realistic about evolving our capabilities in the fight against fake news.

By definition, the mission to counter fake news takes more effort to identify and address fake posts than it takes to consume and share it. Effective defenses require AI-enabled tools that help human analysts sift through large volumes of data quickly based on an understanding of intent that comes from within the given language. At the same time, even if one approach proves successful, the volume for fake news is continuing upward and the approaches for propagating fake news are ever-changing. That means the mindset we need for this fight is one of adaptability and persistence. Yes, the lie can travel halfway around the world before the truth puts on its shoes—but that fact only underscores the need for a persistent search for truth. 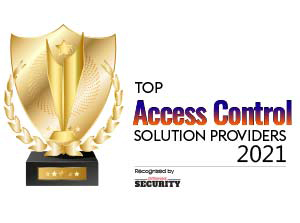 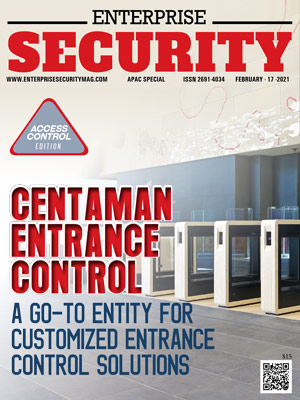 Balance Must be Created Between Applications And Managing Security

By John Beeskow, EVP of IT & Security Strategy, CBI

By Paul Liebman, CCO, The University of Texas at Austin

The Weakest Link Is Your Strongest Security Asset

Security Continues to Evolve as External Threats And Risks

IAM may help secure data, but it needs to be protected as well

However, if you would like to share the information in this article, you may use the link below: